There is no more iconic postcard of Greece than the magnificent windmills of Mykonos; however, windmills are almost on every Cycladic island and were active and functioning until the early 20th century.

On the Aegean islands, the windmills took advantage of the northern wind, the Meltemi, to grind barley, wheat and other cereals produced locally. On Mykonos, the resulting flour was either given back to the farmers, who baked their own bread, or sold to local bakers. Some of that resulting flour was also shipped to other areas of Greece and often abroad.

Tradition wants the windmill to be a heavy three-story building, circular in shape and made of stone. Many of them with very small windows and a pointed roof, often made of wood. The inhabitants painted these three-story structures in white to fit in with the rest of the island houses. When you observe the appearance of these windmills against the blue sea and clear skies, you can easily understand its beauty.

History tells us that there were over 25 windmills on Mykonos. Now, sixteen windmills survive in the island. You can visit them mainly found at Kato Myloi on the upper part of Mykonos Town. In this way, you will have the chance to take pictures of them and enjoy the amazing views from above. Some windmills act as museums, as they include the recent history of Mykonos.

Explore the magnificence of one of the finest landmarks of Mykonos, visiting the imposing windmills and seeing from up close how the locals managed to overcome the hardships and come up with an effective method to process agricultural ingredients.

For those visiting Mykonos in the first days of September, they can participate in the local Harvest Festival, and will be treated to local specialities and drinks while listening to local music! 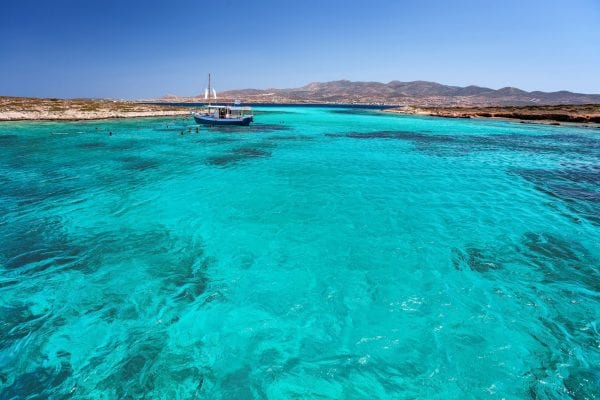 With diversity in landscapes, experiences, alternative activities, gastronomy and wine and a unique culture, Greek islands offer a plethora of reasons for which one should visit. We have tried to limit ourselves to the top 10...

In one of the most beautiful spots on Earth, inspired by the volcanic environment and boasting minimalistic Cycladic design, these homes will take relaxing to the next level! A private pool with each villa completes a picture...

Villa Jamesia in Corfu offers the perfect setting for an intimate wedding venue! This unique estate is splendidly situated in a prominent position 40 metres above the sea offering beautiful panoramic views looking southeast over the Ionian...

Mediterranean Climate Due to its privileged geographical position in the Mediterranean, Crete is characterized by mild climate, with rainy winters and hot, dry summers. The sunshine lasts almost the whole year while warm weather is enjoyed for...

Currently, you don't have any villas saved in favorites.

Villa added to your favorites!